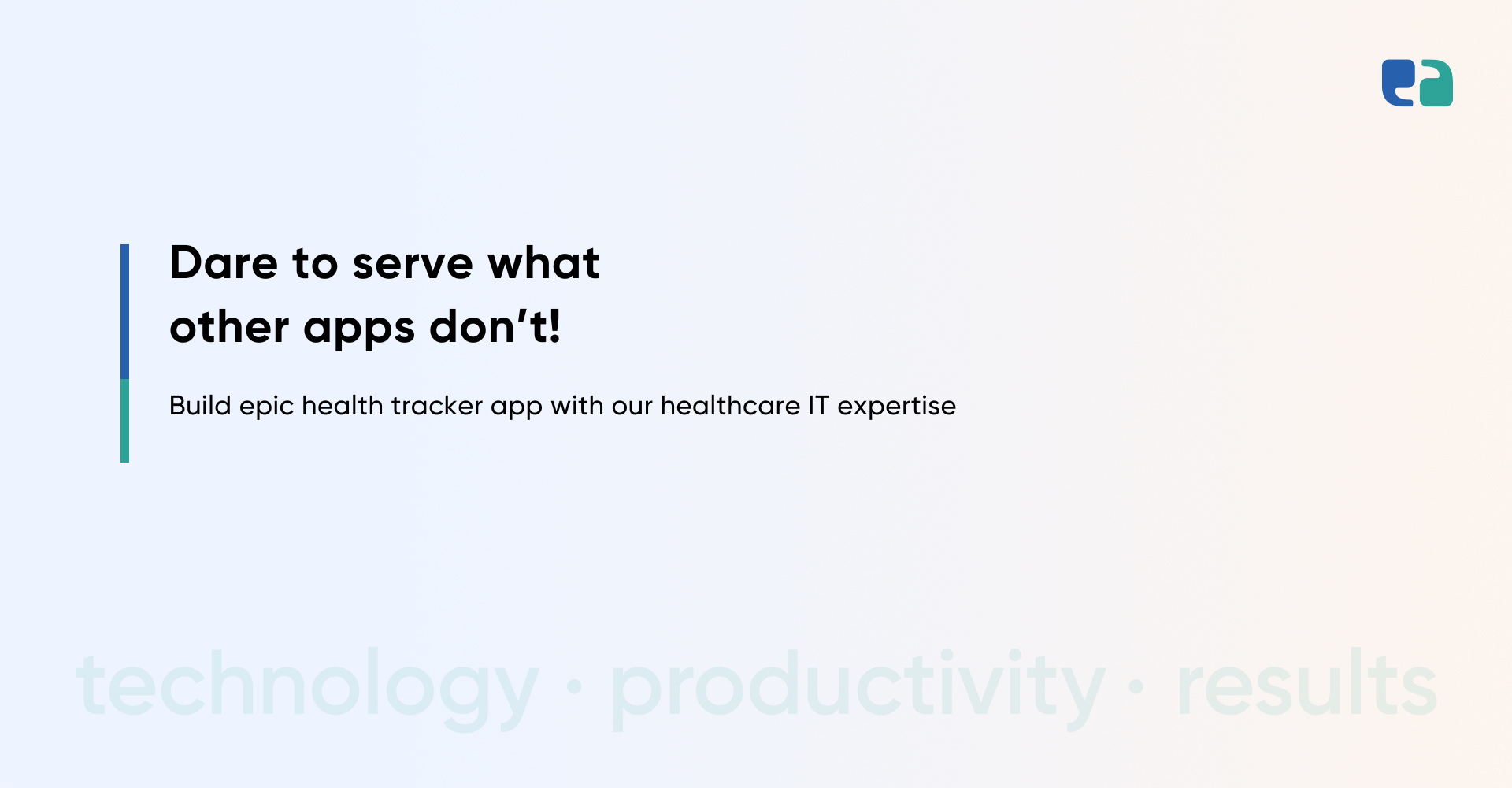 Just a simple question – what will you choose?

Option A: In-person visit to a clinic for regular health check-ups.

Option B: Just unlock a smartphone. Open the health tracker app. And check your health.

Indeed, an option B!

Because it is the most convenient way to monitor health without leaving out a comfort zone.

In fact – nearly 87 million people in the US used a health or fitness app monthly in 2022. (Source)

That’s about 30% of adult smartphone owners. And this number is going to increase up to 60% in the upcoming years!

So, if you are planning to develop a health monitoring app or want to grab some exciting information about it, you are in the right place!

A quick overview of the health monitoring app

Its purpose is to help users track and monitor their health – at any time from anywhere.

And there are two main use cases for it.

Why are health monitoring apps popular?

Nowadays, people are becoming more conscious about their physical and wellness health.

And to maintain that effectively, health tracking and monitoring is the most essential part.

With the app, users can easily track, manage and even share their health information with others. 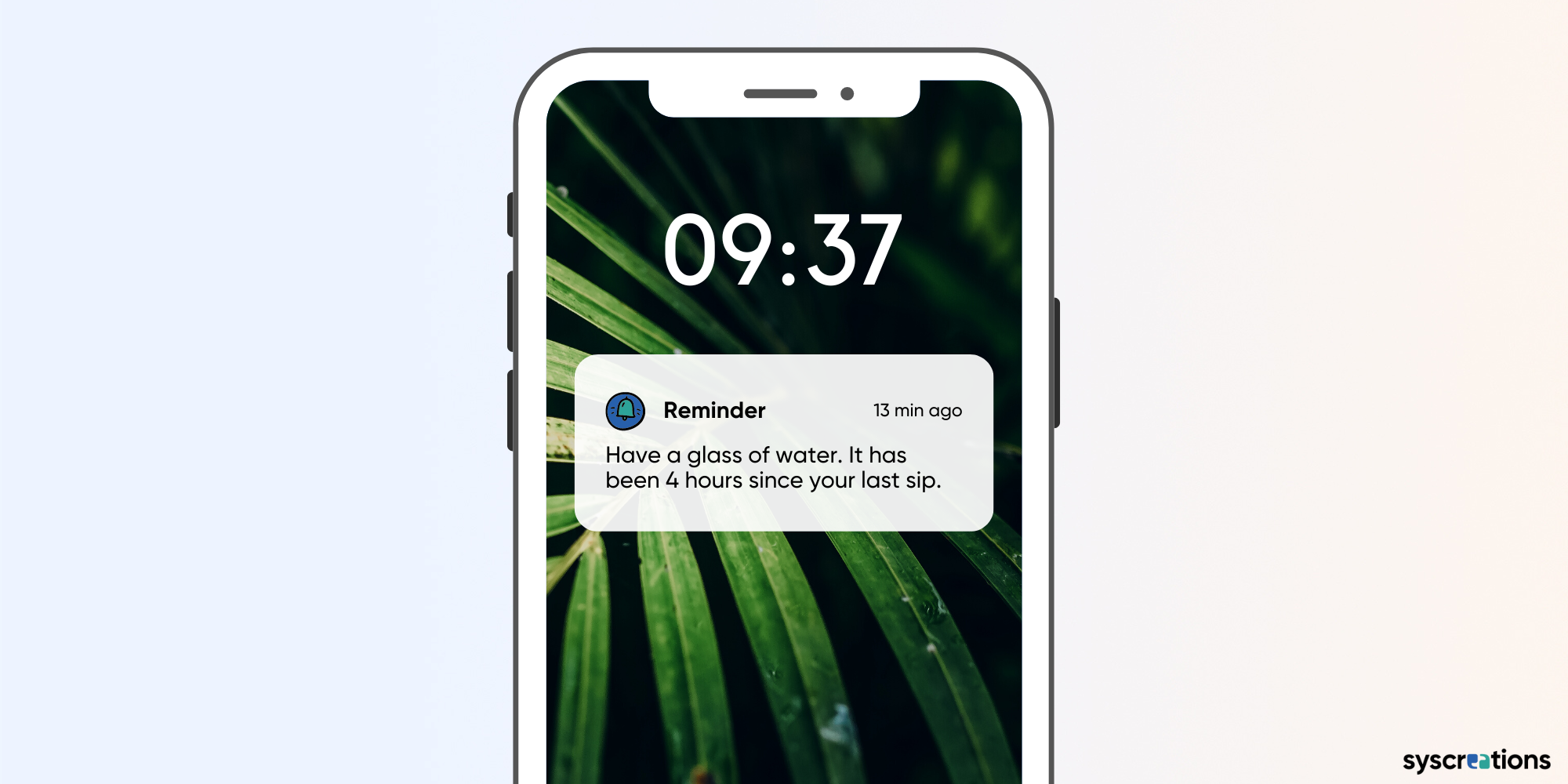 What are the major types of healthcare monitoring app development?

If you want to build a health monitoring app, there are multiple types of it.

You can choose either one segment or can implement all of them in a single app. 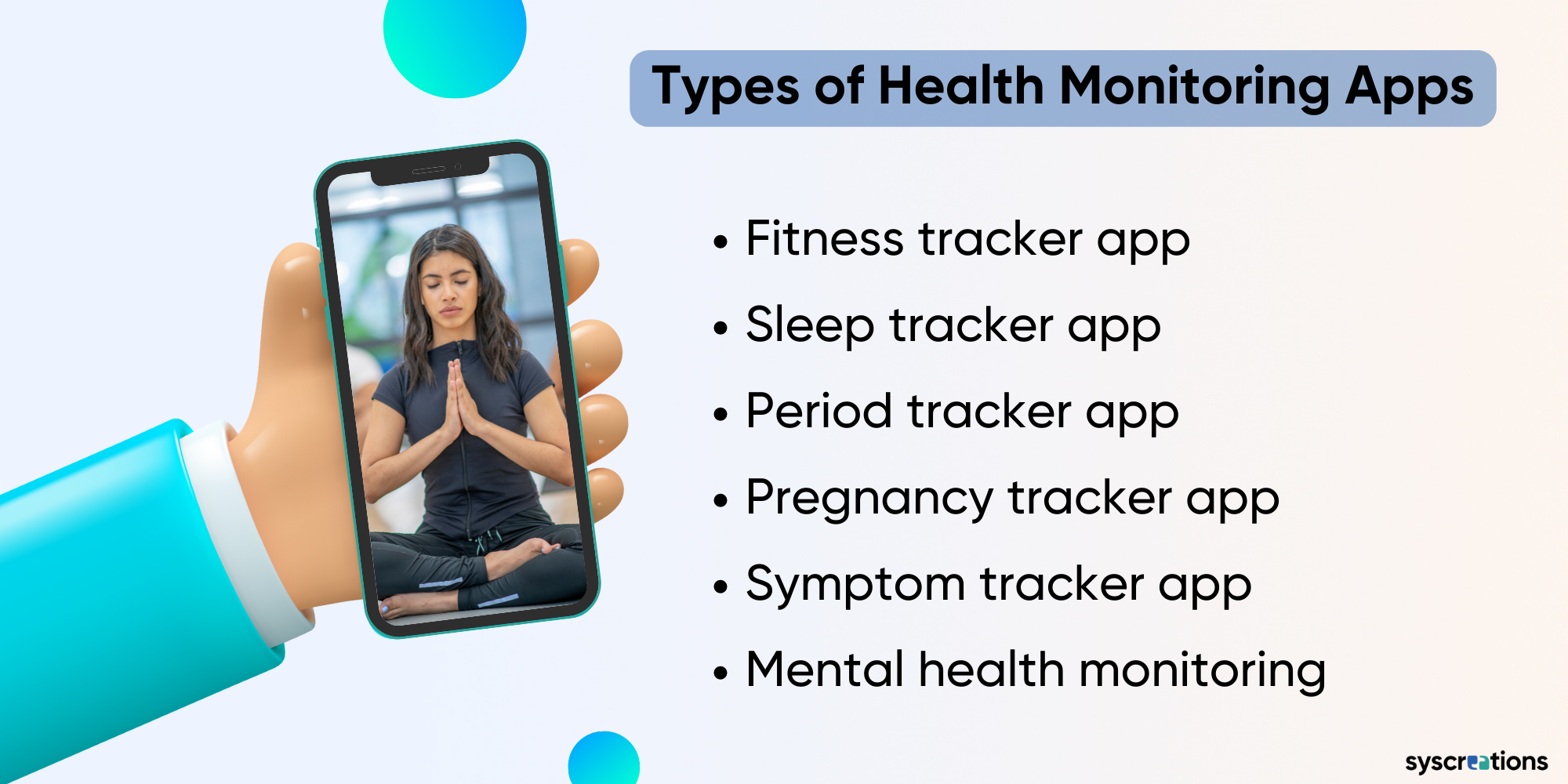 This concept is the first step towards a healthy lifestyle.

Because it allows patients to track and monitor their – food habits, nutrition, water, diet, and weight loss goals.

It is like having a nutrition planner and coach with you at all times!

Our body needs sufficient rest to keep working. And sleep is the best way to make the body relax.

However, a stressful life has poorly impacted the sleep cycle of mankind.

Unlike others, this healthcare monitoring app targets a specific user group – women!

It helps them in monitoring their period cycle and ovulation so that they can manage their daily lifestyle accordingly.

This helps a woman to track and monitor her and her child’s health during the pregnancy period.

It helps the user to track and monitor their daily symptoms and allows them to find the best solution for them.

These symptoms may be related to self-care and wellness or other issues like chronic care conditions etc.

Now, when we are done talking about physical health, it is time to focus on mental health.

And they’re used by both the general population and those who are going through some kind of mental health condition.

Meanwhile, people with mental health conditions use this app to track, monitor, and share their symptoms and mood with their families or healthcare professionals.

In order to build best health monitoring app, you must study top apps already performing in the market to know where they are winning and where they are failing! 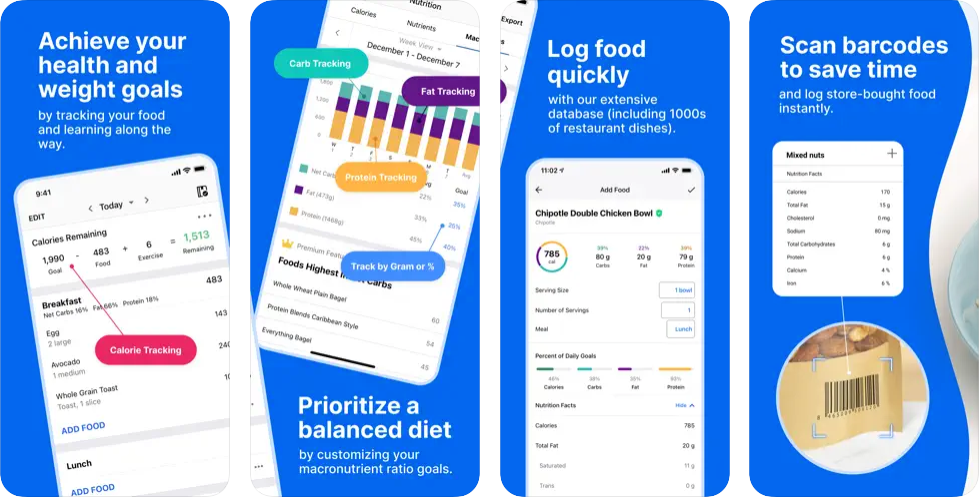 MyFitnessPal is the all-in-one health and fitness tracker app that helps you track your nutrition, water intake, weight loss, and fitness goals.

It’s like having a dietitian, fitness trainer, and nutrition coach at your fingertips.

Explore the top features of MyFitnessPal: 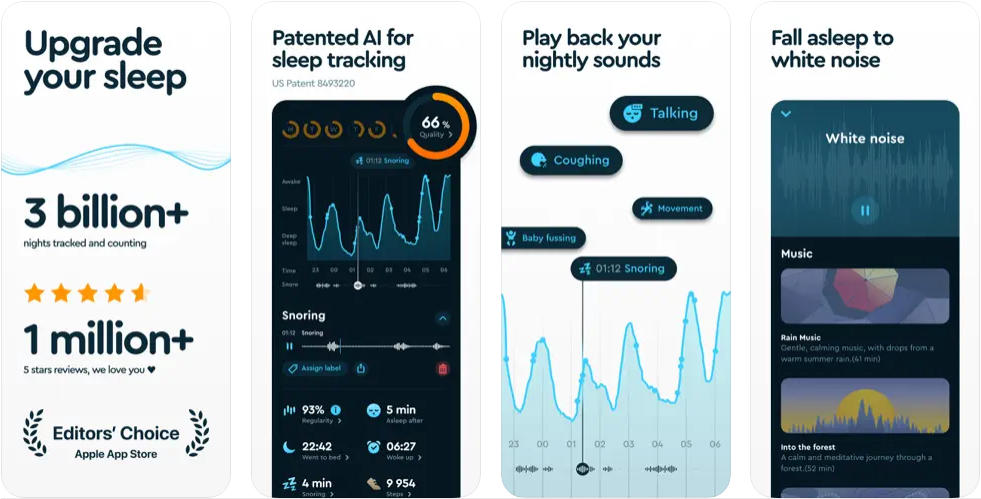 Sleep Cycle is one of the best sleep tracker apps in the market.

It uses AI technology that records your snoring, coughing, and other sounds during sleep.

With that data, it helps you understand your sleep patterns so that you can make a better decision about your sleep quality.

Explore the top features of the Sleep Cycle: 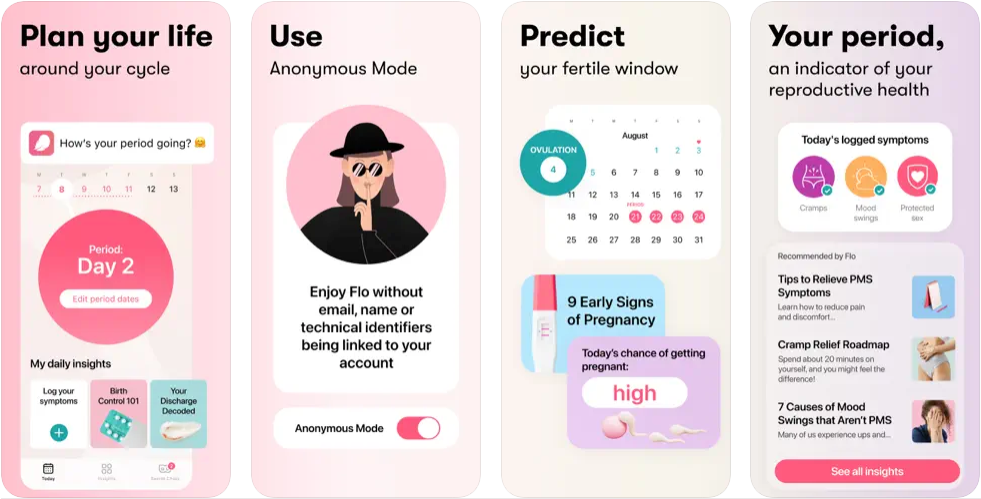 Flo is a period tracker app that is chosen by over 257M women across the globe.

What makes it special is that – it is co-created by 100+ health and wellness experts.

It is an all-in-one tracking tool for a period, fertile window, ovulation days, PMS symptoms, birth control, and flow intensity.

Explore the top features of Flo:

Which features you should consider for healthcare monitoring app development?

We have created a compiled list of features that you can use for any of the above health monitoring apps. 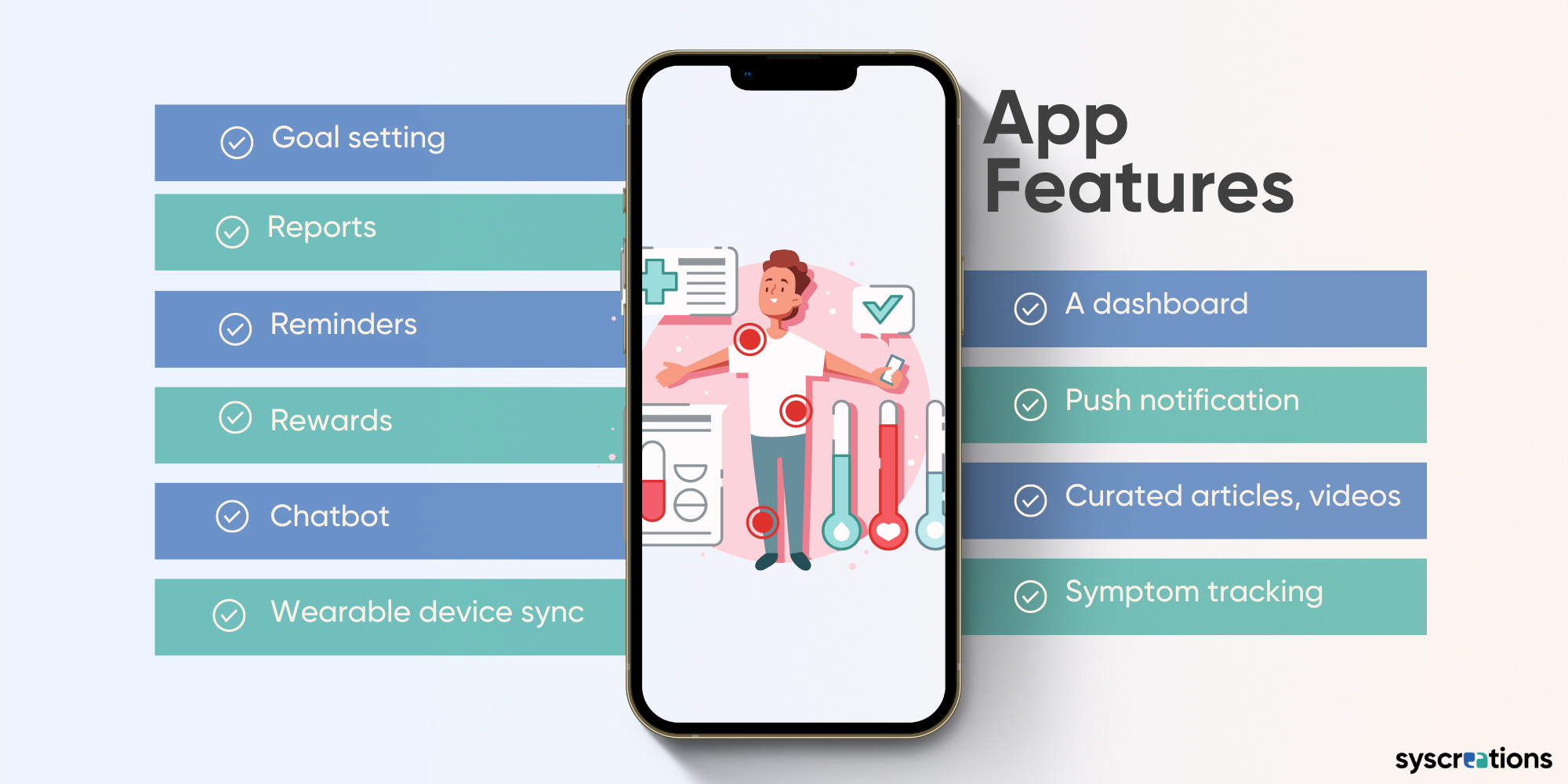 Is it important to integrate IoT or wearable devices with the health tracker app?

The purpose of IoT or wearable devices is to analyze, collect and share patients’ vital body signs data into the app or any other health tech systems.

Talking about its integration, well, it depends on the segment you have selected.

If you want to develop a healthcare monitoring app for the fitness, sleep, or mental health tracker, it’s important to integrate IoT or wearable devices with the app.

This way, it will help the user to monitor their health condition more comprehensively & easily from the smartwatch itself and make better decisions about it.

How you can generate revenue from the health monitoring app?

There is more than just one revenue model if you want to build a health tracking app.

This is one of the best ways to start generating revenue from the app.

However, the chances are high that users can get annoyed by too many ads.

So, take care of the factors like – ads place, time duration, and amount.

This is the best method to attract a larger user base.

Because it allows you to offer the basic app features to users free of cost and then charge a fixed monthly or yearly fee for advanced features.

If you are confident that your app will perform great in the market – in terms of attracting users – then you should go for a paid app.

Under this business model, users need to pay right from the start to use the app.

And it works best with iOS users as the revenue count on the iOS platform is much higher.

However, attracting users is difficult as there is stiff competition from the many free apps.

What is an ideal technology stack for healthcare monitoring app development?

Healthcare apps need to be fast, secure, and scalable.

To achieve that, it’s important to choose a powerful technology stack.

And there are several factors that you should keep in mind for that.

In case you are still confused about it, here are some of the programming languages you should prefer for native app development (a separate app for each operating system).

There are two main languages that are used to build iOS apps – Objective-C and Swift.

In which, Swift is comparatively better than Objective-C due to its simple syntax and high security.

Java and Kotlin are the best programming languages for it.

Because developers need to write a codebase separately for each platform.

It requires a low capital to invest and gives you flexibility in time-to-market.

Because here – developers don’t need to write a separate codebase for each operating system.

Means, with a single codebase, you can easily run an app on both iOS and Android devices.

And for that, Flutter is the best programming language which is developed by Google itself.

React.js is the most popular framework for frontend development.

Node.js is the most popular framework.

The combination of Node.js and React.js is what all the new era of apps capitalizes on.

📌 Microservices Vs. Monolithic for healthcare apps

How much does it cost to develop a health monitoring app?

App development is not just limited to the coding part.

There are plenty of other procedures that also play a significant role in the development time and cost.

Besides, it also depends on your business, technical and compliance requirements, and their complexity.

Therefore, without knowing your exact requirement, it is not feasible for us to tell you the time and cost it takes to develop a health monitoring app.

(Yes, we can give you any random number. But we don’t want to mislead you. So, meet us in between. Share your requirements with us and we will send you a personalized quote. That’s the best way to start your journey!)

Based in Ontario, we are a healthcare-focused IT company.

We have something that you will never find elsewhere under the same roof.

Since our inception, we have been working only in the healthcare industry.

Meaning, we have hands-on experience not only in the North American market but also in Africa, Europe, Australia, and other lucrative markets.

We are not just limited to healthcare web and app development.

When we say ‘healthcare-focused’ IT company, we are also talking about our 50+ business, technical and compliance experts who have combined 200+ years of experience working only in the healthcare industry.

Let’s Connect on WhatsApp and Have a Fruitful Talk 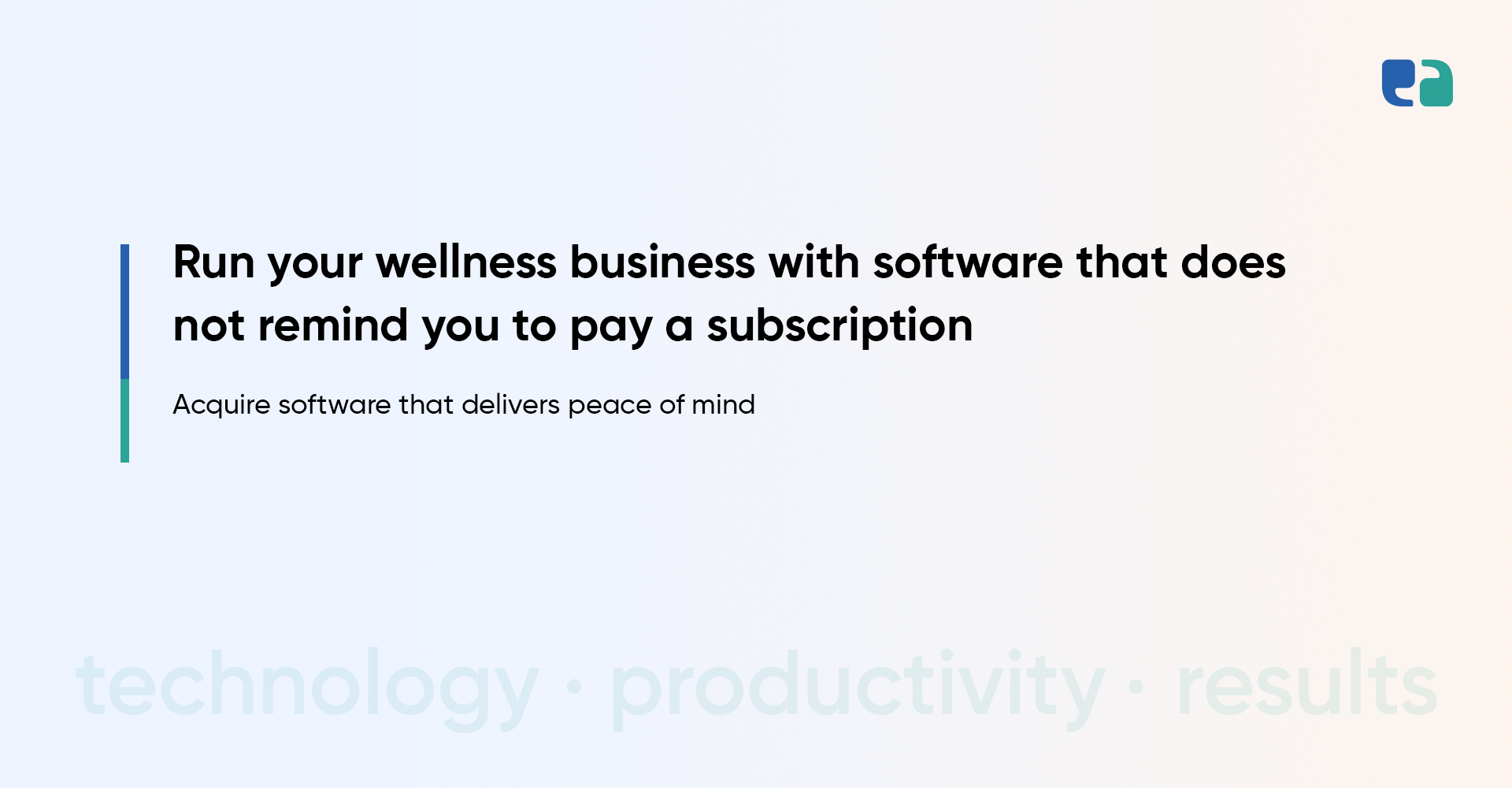 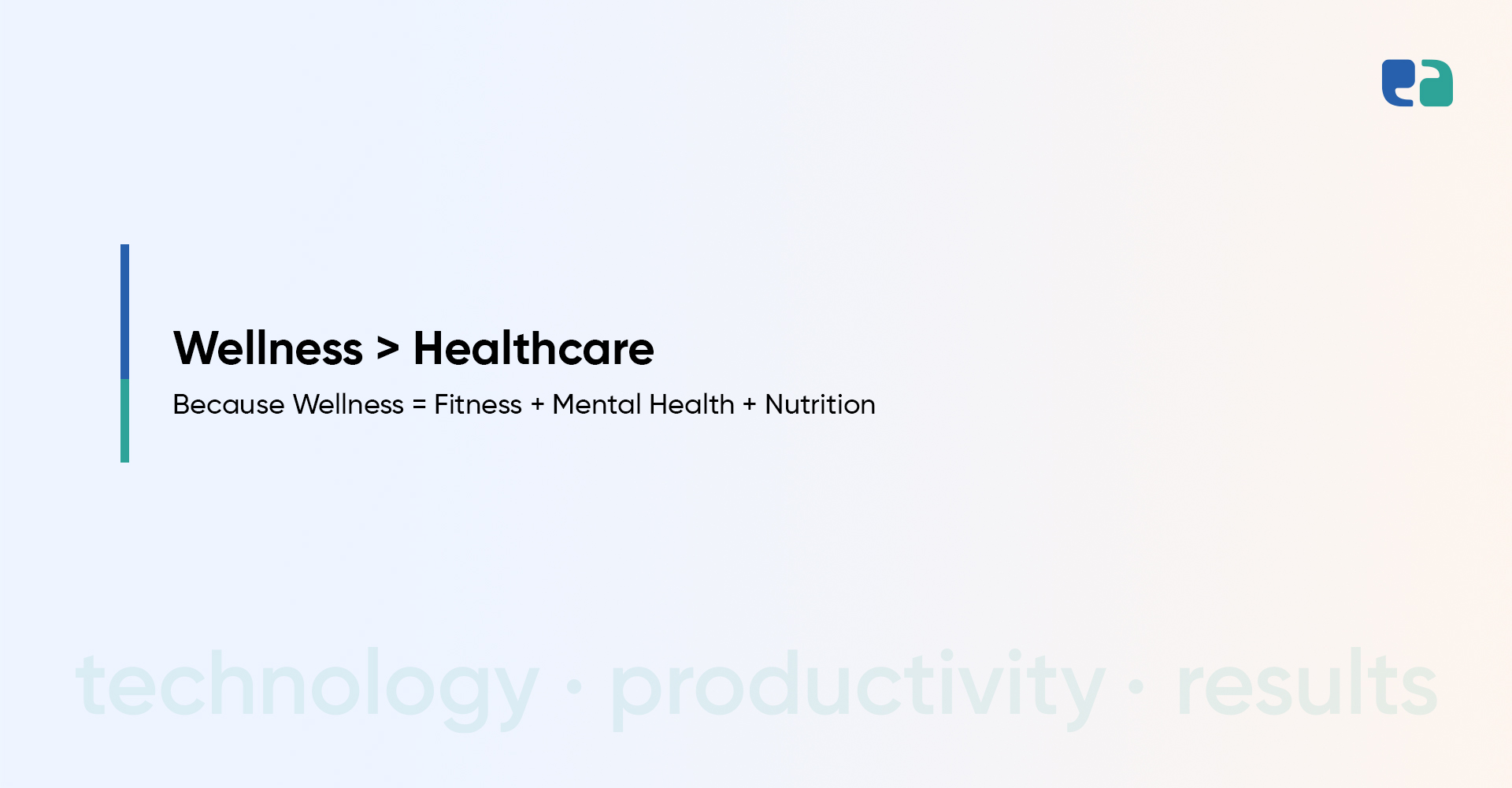 How to Build a Digital Wellbeing App Like Wellbeats When Peloton is Losing its Value?
App Development
16 Feb 2022